They say cancer has no friends, but in the case of Steve Wiseman that is not the case.

To say that the Cal Expo horsemen were devastated to hear this news is an understatement. With the horse community being as tight as it is, the news spread across the country and into Canada in one day with horsemen rallying to support Steve and his wife of 20 years, Kathie Plested.

Steve, Kathie and their daughter Tyler run the largest stable in California during the winter and at Running Aces in Minnesota during the summer. Stevie as he is known to many has touched the hearts of horsemen wherever he goes.

He is one of the “Good Guys”.  Whether to help a family ship a groom home who just passed away, to a shipper, away from home offering a Christmas dinner. Or rallying to help support a trainer who lost everything to a barn fire to a driver who was in a bad accident. Stevie has opened his heart to many.

One of the top drivers and respected horsemen in California and Minnesota for many years, will now be racing one of the toughest races of his life. But with family and the hundreds of friends behind him with the love and support he can win this race.

The California horsemen at Cal Expo this weekend will be sporting the Wiseman colors of blue, yellow and white to show support and stand behind their beloved horseman and friend.

We at Cal Expo ask the horsemen and fans to stand with us to show support by wearing his colors this weekend.

Megan Beauchamp has graciously offered to sell T shirts via Facebook with the motto Wiseman Strong, Whatever It Takes logo with all proceeds going to the Wiseman family to help with the medical costs.

Cal Expo will be selling wrist bands in the grandstand Friday night are they are also being sold on Facebook to help the family as well.

A Go fund me account has also been set up and anyone wanting to donate can go to:

A $7,200 Open Pace headed by arch-rivals Heza Real Diamond and Allmyx’sliventexas and a contentious $6,700 Open Distaff Pace are atop the marquee Friday evening at Cal Expo.

There will be 11 races presented under the Watch and Wager LLC banner with first post set for 6:10 p.m.

The Open Pace will find Heza Real Diamond leaving from the assigned 10 post in the field of eight, with Allmyx’sliventexas doing his work from just inside that rival in the No. 9 slot.

Heza Real Diamond has posed for pictures following four of his last six trips to the post, with two of those victories coming at this Open level. The 4-year-old is owned by Orlando Nevarez, takes his lessons from Edwin Quevedo and has Nick Roland steering.

In the last Open two weeks ago, Heza Real Diamond also left from the No. 10 slot and Allymx’sliventexas departed just inside him. The former was parked to the top at the quarter, took complete control of the race from that point and went on to a two and a quarter length score.

Allymx’sliventexas was runner-up that evening after prevailing in two of the previous three Open events. The 7-year-old homebred son of Hi Ho Silverheel’s races for Wayne and Rod Knittel with Bob Johnson conditioning and Mooney Svendsen in his usual spot in the sulky.

The hard-hitting performer comes into this assignment with 36 wins from his 117 trips to the post, has deposited $212,000 in his bank account and set his 1:50 lifetime standard two years ago at Hoosier Park.

Pridecrest will look to make it a hat trick as he heads the cast in Saturday night’s featured $7,400 Open Trot.

The main event will be the third on an 11-race card presented by Watch and Wager LLC and things will get underway at 6:10 p.m.

Pridecrest is a 6-year-old son of Angus Hall who is owned by Heather Mathews, takes his lessons from Steve Wiseman and has Mooney Svendsen giving directions. He comes into this assignment with 37 wins from his 148 starts with a 1:53 2/5 mark and $313,000 in his account.

The dark-hued sidewheeler is coming off back-to-back wire jobs at the top level. Pridecrest took them all the way with Wiseman at the controls on January 24, then came back two weeks later to win comfortably as the 3-5 choice with Svendsen in the bike.

Mandeville competes for owner/driver/trainer Gerry Longo, and has recorded a win and a second from his two appearances. He’s looking for his 24th lifetime score with $221,000 in earnings.

Mandeville started 2020 with a powerful win at this Open level going a mile and a half, then missed a start before having to settle for second behind Pridecrest after that one  jogged on the front end last week. He figures to be tighter for this assignment.

Pridecrest and Mandeville have the outside two posts in the field and will be challenged by Majestic Lady Jo, Dougs Hobby Horse, Windsun Galaxie and Banker’s For All.

To say last week’s debut victory by the 3-year-old pacing filly One Gorgeous Gal was eventful would be a major understatement.

Owned by Billie Schwartz and Junior Wilkinson and trained by Wilkinson, the dark-hued miss was sent off at 19-1, no doubt some of that lack of support coming from her pre-race antics.

“I had never been behind her before,” related Roberts. “Luke Plano had qualified her and was supposed to drive, but he had a horse of his own in the race.

“Junior told me she was nice filly, but she could be a touch on the lazy side. It was also going to be her first time under the lights.”

Roberts explained that about five steps after she set foot on the track, One Gorgeous Gal started kicking and became uncontrollable, including shying when the outrider tried to lend some assistance.

“She settled down by the time the gate rolled,” her pilot noted.

The Schwartz/Wilkinson homebred left cleanly, was out and moving before the half while racing second over, swung out for the drive and was up by a half-length for the $41 upset.

“It’s good that we came out, because a horse made a break and scattered the field,” Roberts said. “All things considered, it was a pretty amazing performance and Junior was ecstatic.”

Taking note of what went on before and during the race, track announcer Gary Siebel proclaimed as they hit the finish line, “From the ridiculous to the sublime!”

One Gorgeous Gal was scheduled to make her second start on Friday night’s program.

One Gorgeous Gal was one of three wins over the weekend for Roberts, who also guided He Grins Again and Getter Queen Flush to victory for trainer George Reider.

Roberts has landed in the charmed enclosure following 16 of his 101 trips to the post at this meeting, and it’s unlikely any of those performances was quite an interesting as the one turned in by One Gorgeous Gal.

Live racing every Friday and Saturday now through April 25th.

Free parking and admission every race night after 4:30 pm.

We wish everyone a Happy and Healthy 2020! 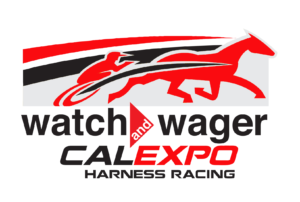 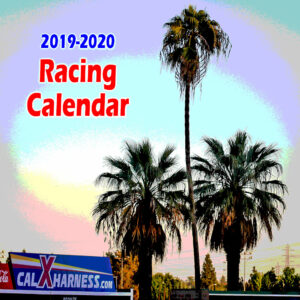 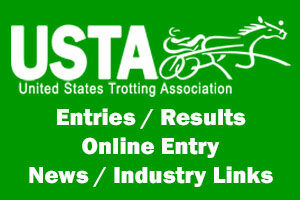